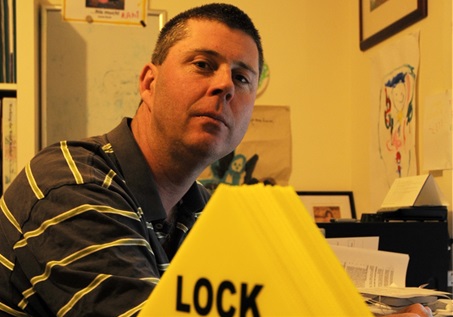 MINING companies like to tar everyone objecting to proposed unconventional gas developments in the Lower and Mid South East as “greenies and professional activists”, according to chairman of the Limestone Coast Protection Alliance Will Legoe.

But the sheep and cattle producer and grapegrower says the membership of his organisation – which held its first meeting in November with 11 members – tells a different story.

“And it’s growing every day, mainly through word-of-mouth, although we did attend the (SE) field days.”

Legoe says when people ring him, all he can do is point them to the relevant websites and documentaries.

“People in the region are mostly very conservative – but not on this issue,” he said.

“And they come from all walks of life – a big cross-section.

“They become more educated about the issues and build their knowledge, and this has added to the groundswell of support (for LCPA).”

Legoe had attended Beach Energy information sessions and others organised independently to discuss the possible impacts of unconventional gas mining.

He became concerned and decided to become active in the debate after assessing the ‘evidence’ presented and possible ramifications of developments.

“I have to shake my head when Beach Energy says we are ignoring the science – there is plenty of science saying the opposite (to the company),” Legoe said.

“The possibility of water contamination is a primary cause of concern, but there would be huge lifestyle and social pressures.”

If the March state election had been 12 to 18 months later, Legoe believes the notice of motions carried by SELGA calling for a moratorium on unconventional gas mining would have had more sway on politicians.

“I certainly hope we can still have some influence (on SE politicians) as our numbers grow,” he said.

Beach Energy plans to use Waste Water for Irrigation of pasture