By Dan Keating and Darla Cameron

A lawsuit claims that Oklahoma’s great increase in earthquake activity has been caused by pumping waste from drilling operations back underground. The suit involves the largest measured quake in the history of the state, a 5.6 tremor that happened in Prague, east of Oklahoma City in November 2011. The pace of quakes with magnitude 3 or higher has increased since then, with 567 in 2014, and 52 in less than four weeks this month.

Earthquakes and regulations in USA

Many states in USA have been experiencing increases in earthquakes including Ohio, Oklahoma, Arkansas and Texas, and in some of states restrictions have been placed on fluid injection underground.

Arkansas suspended injection wells after an earthquake swarm in 2011. https://www.earthworksaction.org/earthblog/detail/firms_suspend_activities_after_arkansas_earthquakes_linked_to_fracking#.V2BvsHlJn-d

The Limestone Coast of SA is the fourth most seismic area in SA.

The epi-centre of South Australia’s biggest earthquake between Kingston SE and Beachport occurred in 1897, magnitude 6.5, intensity 9. It was felt in Port Augusta and Melbourne, toppled chimneys in Adelaide and there was massive damage around Beachport, Kingston and Robe and liquefaction occurred. 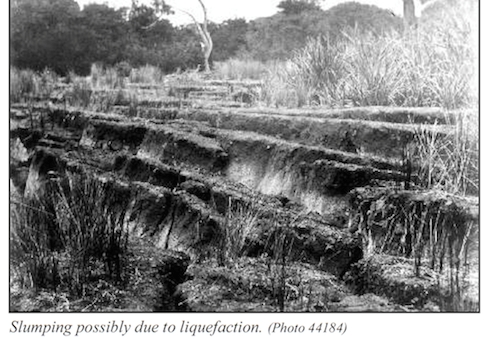