The coal era has ended in South Australia this morning with the closure of Alinta’s Northern power station in Port Augusta.

Treasurer Tom Koutsantonis said it was a “sad day” but the Port Augusta plant was based on outdated technology. He said cheap renewable energy had made Port Augusta’s coal-fired power station unprofitable.

Employment Minister Minister Kyam Maher told reporters this morning that there were good jobs prospects in Port Augusta in clean energy generation. He said the Government had spent $6 million aiding the transition of Port Augusta from “old technologies to new technologies”. “We have Sundrop Farms with 23,850 reflective mirrors [that reflect] the sun to a 15 metre high solar thermal collection tower to power 20 hectares of greenhouses to grow tomatoes,” he said “This will provide up to 150 jobs.”

Opposition Mineral Resources and Energy spokesperson Dan Van Holst Pellekaan urged the Government to announce its position on a solar thermal plant proposed for Port Augusta – which proponents argue would create up to 1000 temporary and 50 permanent jobs in the city.

Greens SA Senator Robert Simms said the construction of a solar thermal plant in Port Augusta could “create 1000 construction jobs in a region where they are badly needed”.

South Australia is expected to reach 50 per cent renewable energy generation by the end of the year – the highest penetration of “variable” renewables such as wind and solar in the world for a significant-sized grid. And yet Adelaide buses display on their sides,” Natural Gas Clean and Green”. 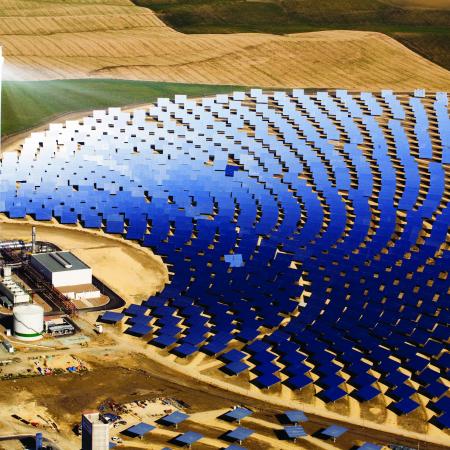 The Sky Is Pink – 6% of well casings fail IN THE FIRST YEAR!

Earth Focus video on the risks of extracting gas via fracking

Unconventional gas is a small employer

Qld bans Underground Coal Gasification, yet SA is to embrace it!!
Scroll to top