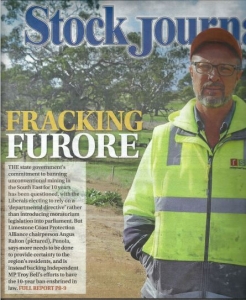 Gas exploration is a hot button election issue in the South East which some...