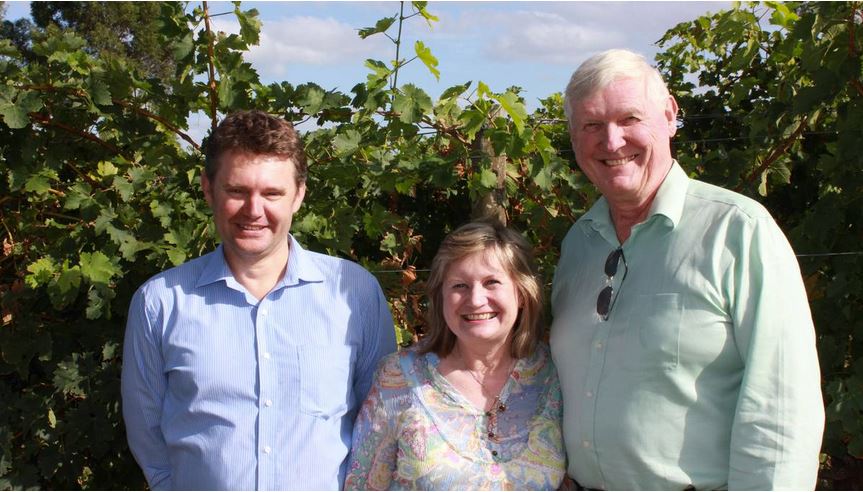 THE Limestone Coast needs to choose between a future as an agriculturally rich food bowl and renowned wine region or an unconventional shale gasfield dotted with wells that have a lifespan of 15-20 years at most.

That’s the opinion of Australia Institute’s Mark Ogge. A researcher with the independent think-tank based in Canberra, he delivered three information sessions at Mount Gambier, Penola and Kingston last week, hosted by the Limestone Coast Protection Alliance and Community Action for Sustainability.

Mr Ogge outlined “misconceptions” about the mining industry’s financial contribution to the economy and employment.

Apart from environmental concerns with groundwater pollution and drawdown of the aquifer, Mr Ogge said there were adverse social and financial impacts for agriculture, manufacturing and tourism.

He said mining did not simply have an additive effect to the local economy; the boom in the past couple of decades had come at the expense of other parts of the Australian economy.

He said Australia’s gas industry paid a fraction of the average effective corporate tax rate of about 21 per cent.

“The gas industry, with all its deductions, pays about 6 per cent. They pay a petroleum resource rent tax of 8 per cent, but that is because of the super profits and is not intended to mean they should pay less corporate tax,” Mr Ogge said.

The gas industry was also subject to royalties, but he said these needed to be put in perspective.

“In Queensland, when all projects are operating at their peak in 2016-17, it will only be paying $450 million in royalties to the government – so 1 per cent of Queensland’s revenue – and there is a big price tag attached, which is covering tens of thousands of kilometres of Queensland with gas wells.”

Agriculture and tourism are the two biggest industries and, by far, the biggest employers in the area. You don’t want to trade them away lightly. – Australia Institute’s Mark Ogge.

In contrast, Norway has recognised it is a finite resource and has taxed its gas industry at 78 per cent. It also has a state-owned stake in every venture.

Mr Ogge said this money had gone into a sovereign wealth fund worth $1.5 trillion for future generations whereas in Australia, these resources were nearly being given away.

“I was shocked when I read just a couple of days ago that the current SA government has offered a five-year royalty holiday to the gas industry in this state,” he said.

“A lot of these wells aren’t going to last five years – the people of this state own this resource and are not getting the returns.”

“Agriculture and tourism are the two biggest industries and, by far, the biggest employers in the area. You don’t want to trade them away lightly,” Mr Ogge said.

Read the full article in the Naracoorte Herald

Strike Energy pulls out of Lignite Project near Kingston SE