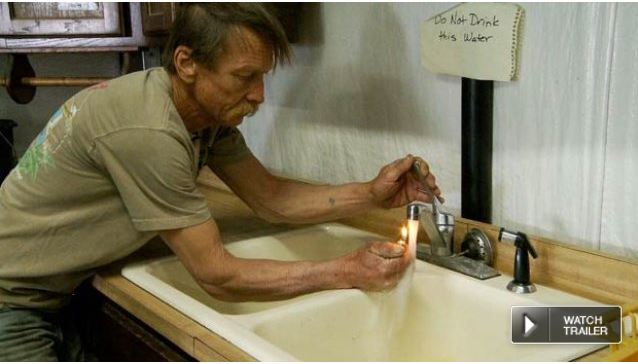 Water bursting into flames, people felled by mysterious afflictions, corporate malfeasance: Josh Fox’s GasLand is neither a horror film nor a paranoid thriller, but it’s one of the scariest movies of the year. A low-budget, first person independent documentary, the movie is about the allegedly extensive and officially ignored environmental impact felt across a swathe of middle America following the drilling and extraction of natural gas reserves. It will make you think twice about basic fundamentals we take for granted, and remind you how persuasive the cinema can be.

Watch the trailer for the GasLand movie on the SBS website

See the followup to GasLands…. ‘the sky is pink’

Chevron pulls out of unconventional gas in Cooper Basin

New Book; The Human and Environmental Costs of Fracking