The Ignorance About Fracking Is Breathtaking

What’s one fact about fracking you wish the public better understood? 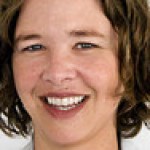 KATE GORDON: If only there were just one ill-understood fact about fracking!  Sadly, there are so many it’s hard to know where to start.

Here’s one: Fracking, or hydraulic fracturing, means different things in different places.  Most Americans associate the term with natural-gas extraction along the Marcellus Shale, spanning western Pennsylvania and New York. But fracking isn’t confined to the East Coast or to natural gas: California is currently embroiled in a controversy over how to regulate fracking for oil, which the state has been doing for more than 40 years.  California’s situation actually underscores how confused even regulators can be on fracking: Frighteningly, state officials only just realized that the practice has been happening off the coast of southern California for over two decades.

Second: Fracking is a common extraction technique, but it’s not the only way to get at unconventional shale oil and gas.  As an investigative series commissioned by my organization, Next Generation, recently revealed, California drillers have been busy pioneering a little-known practice called “acidizing”—injecting caustic hydrofluoric acid to dissolve rock formations and release the oil within. This method is useful in California due to the irregular, earthquake-folded geology of the Monterey Shale, a huge shale oil formation spanning much of the southern part of the state, including Los Angeles.  I don’t know about you, but seeing the words “inject,” “acid,” and “earthquake” together in one sentence gives me pause. A recent and very controversial bill just signed by California Gov. Jerry Brown regulates both fracking and acidizing for the first time.

And third: Most people don’t know that fracking, though widely used for both oil and gas extraction, is largely exempt from federal regulation. Over the years, Congress has decided to let the oil and gas industry—in some cases fracking in particular—off the hook regarding important provisions of seven major pillars of federal environmental law.

This includes time-tested legislation like the Clean Air Act, the Clean Water Act and the Safe Drinking Water Act–to name just a few.  This leaves states with the huge regulatory responsibility of figuring out exactly what fracking (or acidizing) is; what air, water, and land impacts it has; and whether it’s possible to do it safely and effectively.

The bottom line about fracking? Without federal regulation and accompanying federal data sets and studies, it’s hard to come up with one thing the public truly does understand about fracking–other than that we clearly need to know more.

Kate Gordon (@katenrg) is the vice president and director of the energy and climate program at Next Generation. She previously served as vice president for energy and environment at the Center for American Progress.

Link to the Original Article

Gas exploration in the South East
Scroll to top